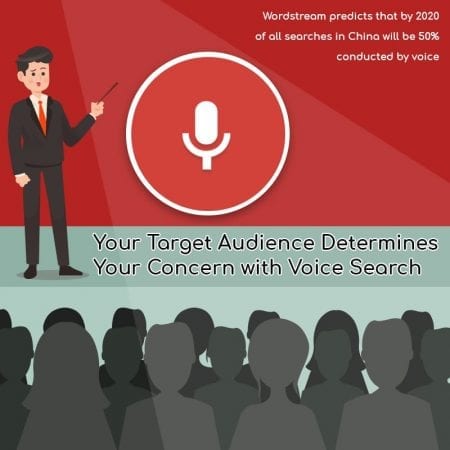 One of the hottest SEO topics today is voice search. In fact, Wordstream predicts that by 2020 50% of all searches in China will be conducted by voice with the rest of the world following soon behind. This is why digital marketers are frantically trying to prepare to learn everything possible about this topic.

What Research Says About This Topic

The lowest adoption rates for this technology were found among people age 55 – 64 with only 32% saying they occasionally use it. This may be due to the fact that the age group is more accustomed to using screens to search for things whereas their elders are less technologically savvy and find voice search easier.

The devices that are most commonly used for these searches are Google Home and Google Assistant (37%), Siri (25%), and Cortana (4%). Most people 65-years and older are dependent on Amazon Alexa though. This is why it’s important for anyone who markets to this group to focus on Amazon SEO.

What all This Means

Although it’s hard to imagine people conducting most of their searches by 2020, 78% of people still believe that in the next 5 – 10 years at least half of all searches will be conducted in this way. Many people also believe that desktop searches will slowly grow irrelevant throughout this time as well. There are also a lot of people who don’t believe that voice search will completely replace searches that are done on other devices. As such, the future is still unclear but in an exciting way. Even so, we shouldn’t underestimate the role these searches will play in people’s lives and thus the impact they’ll have on SEO and other types of marketing. None of this should be cause for alarm either, especially when you stop to consider that a lot of the way these devices is used is for things like turning off the lights in your home or listening to music while you’re on the go. However, it is still something that marketers will want to pay attention to as it’ll change SEO as we currently know it.

Whether you need help with your SEO campaign or getting ready for the influx of voice search, there’s one company you can count on: I SEO U. Check out what their satisfied customers are saying about them then pick up your phone and give them a call. You’ll be glad you enlisted their help.