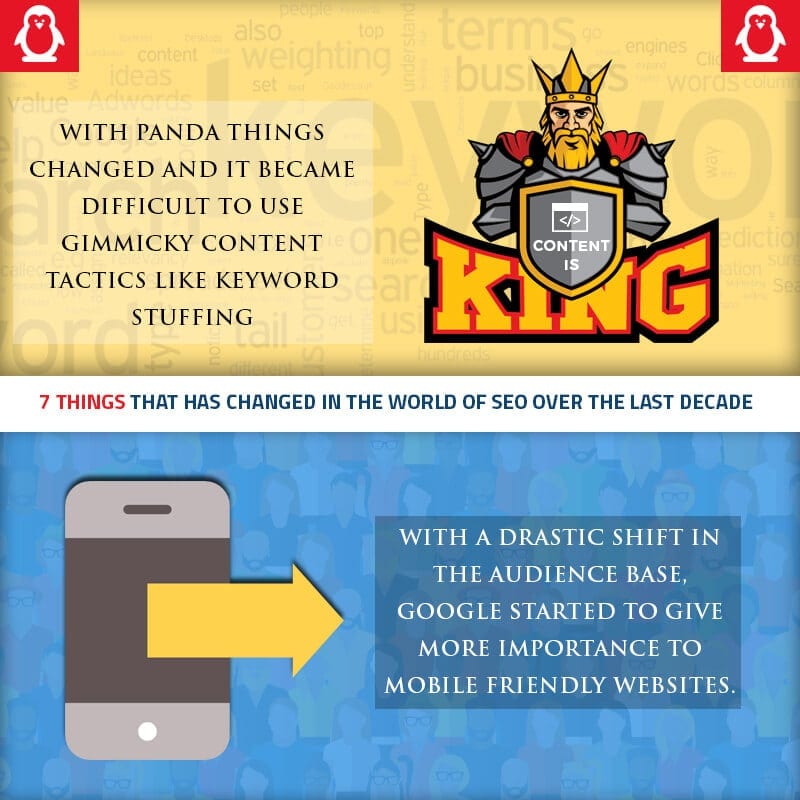 is something that most of us have heard about. The last decade has seen a vast shuffling in terms of strategies and ranking systems. We have been witness to a series of transformations and release of a number of marketing channels that has impacted the way we live and communicate today. 7 of the major changes that SEO has seen over the last decade can be summarized as below:

Staying aware of where SEO stands today and how it has shaped over the years helps you to enhance your capabilities as an online marketer. With the right set of tools backed by white hat strategies, you can expect to excel in your attempts to rank over the search engines.